SKU
ZHIYUN-WEEBILL-S
Be the first to review this product

$666
Check stock
Whats in the box? Add to Wish List + Add to compare 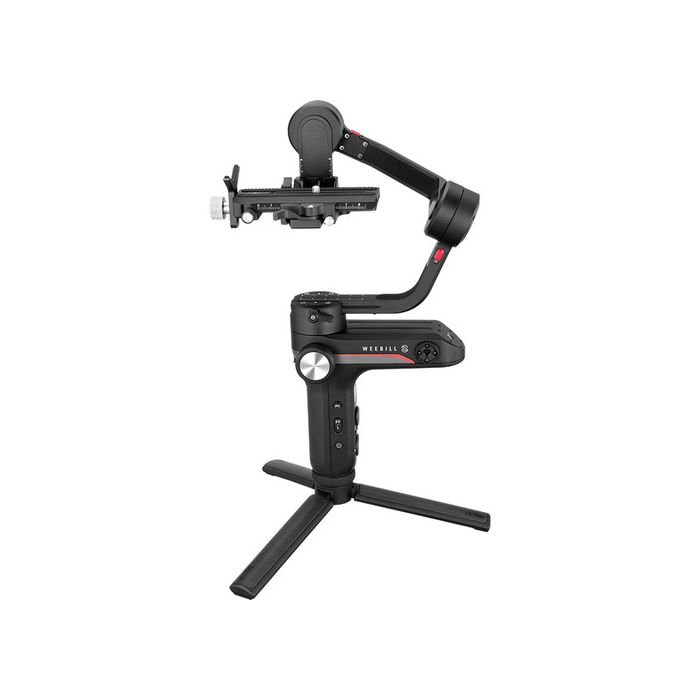 WEEBILL LAB boasts a versatile and ergonomic structure that even revolutionizes the entire appearance. You can either hold it upright or enter a handy underslung position by mounting the tripod as a handgrip. This is how we make it possible for an effortless and unique filming experience.

WEEBILL LAB is designed with a latch on each axis which makes it super easy to balance. You can lock certain axes while balancing the other and save the current setup for next time. It’s a versatile equipment for run-and-gun filmmakers to carry around and start instant shooting anywhere anytime.

The wireless image transmission on WEEBILL LAB supports real-time monitor, framing and parameter control over your camera. For its great compatibility with smart phones and tablets, most digital devices around you can be readily used as a monitor. With live preview and real-time parameter settings, you can frame and take shots from any angle at any view.

ViaTouch Control System enables users to take care of every detail simply on a phone screen. You can make various gimbal movements and camera settings while framing the shots simultaneously all via a same screen. Filming on a camera would just be as easy as filming on a phone.

WEEBILL LAB weighs similar to a phone stabilizer but can handle a large payload of 3kg, compatible with most popular mirrorless camera & lens combos on the market.

The external follow focus motor equipped to WEEBILL LAB supports precise and smooth focus control to all camera systems. With the tactile wheel on its body, you can easily pull focus while moving and shooting.

A single tap on the Go button, your camera is ready to handle extreme sport scene. The PhoneGo mode empowers the gimbal to its maximum follow speed and helps to capture the object wanted precisely. In-camera scene transition can be easily achieved within seconds.

Fitted with 2 Standard 18650 batteries, it secures continuous filming of up to 12 hours on a single charge. It allows direct charging to the camera while shooting, giving you constant support for longtime task.