Our team of photographers are on hand, ready to help you take your photography to the next level! Call us now 1300 431 431

$999
Check stock
Whats in the box? Add to Wish List + Add to compare 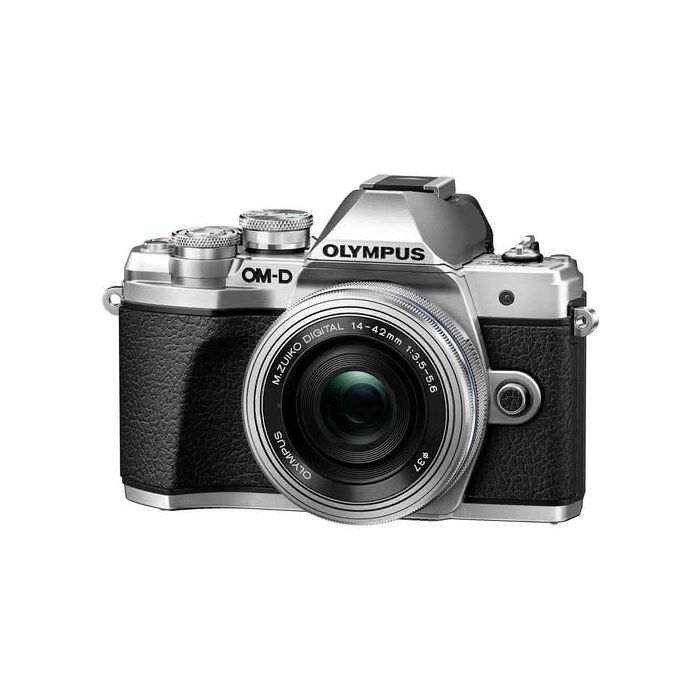 The Olympus OM-D E-M10 Mark III Silver with 14-42mm kit is an interchangeable lens camera that lets you capture high-quality images without having to make any complicated operations. Among other fascinating features, it is equipped with reliable 5-axis image stabilisation for reducing camera shake in any situation so you can enjoy capturing beautiful photos.

The Olympus OM-D E-M10 Mark III Silver features in-body 5-axis image stabilisation for the best stabilisation performance in its class. This feature powerfully suppresses camera shake which tends to occur when shooting at night or in dark indoor settings, and when using a telephoto lens, making it easy for anyone to enjoy photography, anywhere, anytime.

The Olympus OM-D E-M10 Mark III Silver is capable of recording 4K video. Although camera shake is usually more noticeable in 4K video, the powerful 5-axis image stabilisation makes it possible to record beautiful video handheld. It is also possible to extract and save still images from recorded 4K video.

The E-M10 Mark III weighs a mere 410 g (CIPA compliant). The body is significantly smaller and lighter than other SLR cameras in its class, and light enough so you can take it anywhere without worrying about weight.

Because you can change the angle of the tilting LCD, shooting at low or high angles is incredibly easy. Adjust the monitor so it is easier to see so you do not have to assume an awkward position. The Olympus OM-D E-M10 Mark III Silver also offers a tilting touch panel LCD monitor. Simply touch the screen for convenient touch operations such as changing settings and adjusting the focus target position. Enjoy intuitive operation similar to a smartphone.

Advanced Photo mode delivers artistic photos with varied expressions only possible on an interchangeable lens camera. Enjoy advanced shooting methods such as Live Composite, Multi. Exposure, and Live Time via simple operation. This camera also offers scene mode that is so easy to operate. Just select one of six different themes in the new scene mode to capture photos that most resemble the next scene you want to shoot. This feature makes it easy to activate the optimal settings for shooting. The Olympus OM-D E-M10 Mark III Silver also offers 15 Art Filter options to choose from, including the new Bleach Bypass. Simply use an Art Filter to capture an impressive, artistic photo of everyday scenery.

Touch AF Shutter provides intuitive control that lets you focus and shoot simply by touching the subject on the screen.

The E-M10 Mark III from Olympus is equipped with 8.6-fps high-speed sequential shooting capability. This makes it possible to capture split-second expressions on fast-moving subjects.

The Olympus OM-D E-M10 Mark III Silver features built-in Wi-Fi. With this feature, you can import photos to a smartphone and easily share them with family and friends.

Whats in the box?
Specifications

Get started, get creative and get connected with your camera. Explore the video series designed to help you get to know your camera and find out how easy it is to share your photos instantly.